Subscribe to receive sales, specials, and news from Your Garden Stop.

Many of us today who love to garden also share a love for furry four-legged creatures. Whether it is a dog or cat, many like to allow our furry children to indulge the outdoor space of our gardens. While many plants and herbs are safe for our pets to be around or even consume, there are a great deal of plants that you cause our pets to become very ill or even die.

It is now that time of year, where it is not only us that is going out to enjoy the outdoors more often. So we here at YourGardenStop, not only like to make that people remain safe and healthy when planting and consuming different vegetables, fruits, plants, and herbs but also the great deal of animals that interact with your garden do as well.

Here is a list of poisonous plants for most pets to consume.A

Considered part of the Lilium spp., lilies are considered to be highly toxic to cats. While it is not known which component of the plant that is hazardous to cats' health, even very small amounts of this plant being digested can cause severe kidney damage.

While this particular plant is illegal in most states in the U.S., many people like to indulge in this plants' particular calming effects. Also known as Cannabis sativa, consumption of marijuana by animals can cause a great deal of health problems, such as depression of the nervous system. incoordination, vomiting, diarrhea, drooling, increased heart rate, seizures and even coma.

Another plant that is hazardous to pets is the Sago Palm, also known as Cycas revoluta. All parts of this plant are considered to be poisonous for pets, but in particular the seeds or "nuts" contain the largest amount of toxin. Ingestion of one or two of the seeds can cause very serious effects, such as vomiting, diarrhea, depression, seizures, or even liver failure.

The bulb portions of the Tulipa/Narcissus species, contains different toxins that can cause serious gastrointestinal irritation, drooling, loss of appetite, depression of the central nervous system, convulsions, and cardiac abnormalities. These plants contain substances known as grayantoxins, which when your pet ingests can lead to vomiting, drooling, diarrhea, weakness and depression of the central nervous system. If your pet ingests large amounts of this plant, it can ultimately lead to coma and death from cardiovascular collapse. Another toxic plant is also known as the Nerium oleander. This plant contains cardiac glycosides that can cause problems such as gastrointestinal tract irritation, abnormal heart function, hypthermia, and even death.

Ricin, is the highly toxic protein in castor beans that could harm not only your pet, but also yourself. Ingestion can cause abdominal pain, drooling, vomiting, diarrhea, excessive thirst, weakness and loss of appetite. Severe cases of poisoning can cause dehydration, muscle twitching, tremors, seizures, coma, and death. This plant contains cyclamine, with its highest concentrations being found in the root portion of the plant. When consumed, many problems could arise including, gastrointestinal irritation, intense vomiting, and possibly death.

When ingested, this plant cause cause gastrointestinal irritation, and even affect cardiac rhythm and rate.

The Taxus species, contains a toxic component known as taxine. It can cause problems in the central nervous system such as trembling, incoordination, and difficulty breathing. Significant gastrointestinal irritation and cardiac failure, which could result in death, may also arise.

Common around Easter, the Amaryllis contains toxins that can lead to vomiting, depression, diarrhea, abdominal pain, hypersalivation, anorexia, and tremors. 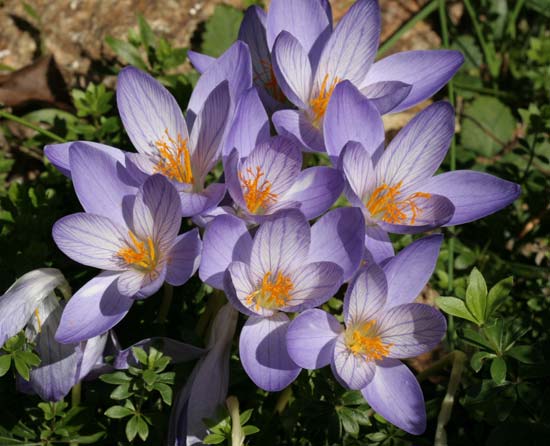 This flowers contain pyrethrins which can cause gastrointestinal upset, including drooling, vomiting, and diarrhea, if eaten. If large amounts of the plant is consumed, it can also lead to depression and loss of coordination. 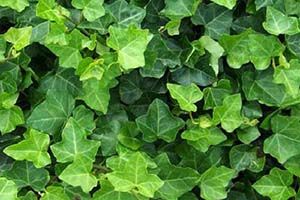 If this popular house plant is either chewed or ingested, it can cause significant mechanical irritation and swelling of the oral tissues and other parts of the gastrointestinal tract.

This species of plant contains calcium oxalate crystals that can lead to oral irritation, excessive drooling, vomiting, diffculty in swallowing and intense burning/irritation of the mouth, lips, and tongue in pets, when ingested.

While many of these plants are beautiful and very popular, they all also can cause a great deal of harm to our pets. Remember, if you choose to plant this plants in your garden, make sure that your animals cannot get access to them. If you ever suspect that your pet has eaten one of this plants, contact or go to your local veterinarian. If not, you can contact ASPCA's poison control at any time of the day. The number is 888-426-4435.

The ASPCA also has a database which contains different plants and whether they are considered to be toxic to your pet. The link is below:

If you are not satisfied with your order, contact us for a replacement or refund.

We are available from 8am until 8pm EST.

Your payments are secured through McAfee Secure.